Top 5 Things to do in Orlando 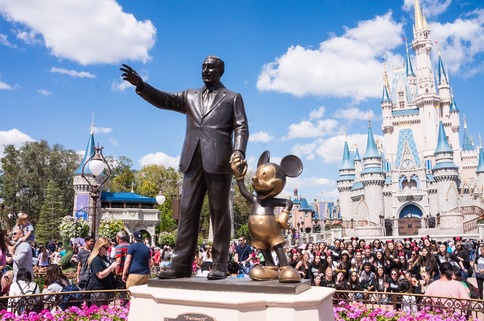 Every year, millions of people come to Central Florida to vacation in Orlando. Orlando is commonly known as the theme park capital of the world, and the city itself is filled with things to do for the entire family. These five things to do while you’re in Orlando, Florida, are sure to give you an Orlando experience you will never forget. If you’re looking for a certified Mercedes repair shop in Orlando, then look no further than Dealer Service Alternative.

If you wanted to, you could spend an entire vacation in Orlando at Disney World. The theme park includes four incredible parks. The first one is Magic Kingdom, home to Cinderella’s famous castle. Magic Kingdom also transports people to numerous worlds throughout the park, each with their own unique style. Then, there is Hollywood Studios that takes visitors back to the Golden Age of Hollywood and now the new and exciting world of Star Wars. Next, you have Animal Kingdom, which is home to Pandora and the Flight of Passage ride, which allows you to fly through the world of Avatar. Lastly, there is Epcot, which has the Future World Showcase that displays cutting-edge technology, while the World Showcase represents different countries from around the world. The World Showcase is where you can immerse yourself in each one of the country’s unique culture with food and beverages. All four parks have themed restaurants, apparel, entertainment, attractions, and plenty of photo opportunities with Disney characters.

Visit Universal Studios and immerse yourself in your favorite movies and TV shows. Some of the highlights at Universal Studios include “Transformers”, “Jurassic Park,” and “The Amazing Spiderman.” From themed dining and attractions to live shows, Universal has it all.

Universal Studios and the neighboring Islands of Adventure are home to the Wizarding World of Harry Potter. You can check out Diagon Alley and Hogsmeade to drink some butterbeer, stop in Olivander’s Wand Shop, and send letters through the Owl Post. You can also travel between the two parks on the Hogwarts Express at Platform 9 3/4. Just watch out for the dementors

Shoppers will be in awe of Orlando’s International Premium Outlets. This is Florida’s largest outlet mall, with more than 180 stores to indulge yourself in. With big names such as Lacoste, Michael Kors, Coach, Kate Spade, Cole Haan, and J.Crew, this outlet is one place you don’t want to miss out on.

Encounter marine life at Discovery Cove. Here, you can swim with dolphins, feed birds, and snorkel in a saltwater reef. Relax in Discovery Cove’s pools and enjoy the white sand beaches.

Formerly known as Downtown Disney, Disney Springs is the ultimate outdoor shopping, entertainment, and dining destination. With a movie theater, a bowling alley, a vast amount of shops, there is something to do for everyone. There is also a wide variety of restaurants and bars that provide great live music to enjoy nightlife entertainment.

Orlando is the perfect vacation spot, whether you’re traveling with family or friends. Travelers of all ages will love these five things to do in Orlando, which will inspire you to return year after year.